If you have never heard of the Pyramid Scheme, prepare yourself. In this post I’m going to expose the scam that exists all over the internet and consistently takes money from hard working (misguided) individuals. It’s the easiest way to lose money, but still-many people looking for a way to quit their full time job fall victim to the elusive pyramid scheme.

If you’re not familiar with this type of scam, you are probably wondering what is a pyramid scheme? In short, it’s a “marketing scam” that aims to sign up as many members as possible, while collecting fees from each one. Usually there’s some elusive product being pushed such as Feeder Matrix’s “digital product”, but in a true pyramid scheme, the product is not the main source of income, it’s just a way to get more of our friends to sign up and pay the membership fees.

The pyramid scam is one of the easiest ways to flush our hard earned money down the toilet and that’s exactly why I’m typing right now. My goal is to help you build financial freedom by saving money and making money, not throwing it in the garbage and letting some shady scam artist cash in on what we work so hard to build.

Legit Multi Level Marketing is one thing, but these pyramid schemes are a whole other!

Why You Should Avoid Pyramid Scams.

Last night, while browsing around looking for more information to help me make money, I came across a post pushing a system called Feeder Matrix. In the promotion, oops I mean post, the author told me how it cost him $1.75 to sign up and he was able to turn that into nearly $100,000. I thought to myself, “hmm $1.75, who couldn’t afford to spare that”. And then it hit me. That’s exactly what the creators were thinking. If they can sign up a million suckers at that price, they will make a cool million dollars.

It’s actually a clever idea if you think about it. The risk that someone will take action over a measly $1.75 is pretty minimal, which means Feeder Matrix can pocket the money and never look back. It’s clever scams like this one that pose the biggest threat to our financial independence.  They are easy to get wrapped up in and can be hard to find a way out once were in.

Now, Feeder Matrix is just one example of a pyramid scheme. There are literally thousands out there just waiting to swoop in, “make you rich” and then leave you high and dry with nothing to show for the work you put in. Avoiding these type of scams is crucial to your work at home efforts, but often times it’s easier said than done. The premise of making a ton of residual income is often enough to get people signing up.

A pyramid scheme in its simplest form targets those who want to own a business or quit their 9-5 in favor of a more “relaxed” work at home job. The way it works is, you sign up and pay a fee. Then, in order for you to make your money back, you get several more people to sign up for the scam. Once you sign people up, they will do the same and you collect a percentage from every sucker that signs up under you.

See why it’s called a pyramid? You sign up, then sign up others and you stand at the top of the Pyramid. Everyone under you does the work for you and you get to sit back and earn cash by the fistful.. or so they say. In reality, the memberships dry up fast and you stop collecting money. You are left with nothing but shame and humiliation that you poured so much time and effort into this “get rich quick pyramid scheme”.

If you have been the victim of a pyramid scheme, know that you are not alone. Thousands fall victim to these scams every day. Losing money in a scam isn’t something we brag about openly, but there’s a good chance several people we know have also lost money trying this method of work from home.

The way I see it, as long as you learned a good lesson, there’s no such thing as a mistake. We’re humans and sometimes our brain tells us that “this is right for me”. We have to learn from these mistakes and let them be the reason we don’t fall victim again.

Some Real Ways to Work At Home Or Raise Our Income

I’ve told you that pyramid schemes suck. I think at this point you get that. Now I wanna give you some alternatives to pyramid scams that actually allow you to make more money or even work from home if you put in the time and effort.

If you think starting a blog is hard, you’re somewhat right. Actually getting a blog up and running is pretty easy, if you use the right tools. It’s turning your blog into a money maker that takes several months of hard work and effort. It’s not for the faint of heart, but if you love to write, it could be a valuable asset to your financial situation.

If you’re interested in starting a blog, I recommend using WordPress, but more specifically, self-hosted WordPress. You probably won’t be able to set the blog up on your own, but BlueHost has inexpensive WP hosting packages you can find here.

Just remember, no matter what you hear online, making money isn’t easy. It’s going to take some time to maintain your blog and write quality content. Don’t fudge it or you will make nothing.

I talk about doing surveys for money pretty often. It’s for good reason though. I find that paid surveys, if you know the right places, can be one of your best chances to make extra money from home.

Just like with starting a blog, doing surveys for money will take some time and effort. I have faith that you are willing to spend a little extra time if it means making money instead of losing it.

This one isn’t a work from home method, but it’s worth mentioning. Working to move higher in your employers ranks will always be one of the best, proven methods to making more money.

Hard work and dedication are the keys to Earning a promotion at work, just as they are key to starting a blog or a small business. The same principles apply and a little motivation can go a long way in our efforts to build a better career path.

You Probably Wanna Read This Too-Is MLM or Direct Sales Part Of Your Income Plan?

Any Of These Three Are Better Than Pyramid Schemes.

Following any of the above three ways to make more money will payoff a hundred fold compared to pyramid schemes or multi level marketing scams. If you are serious about financial freedom and a better retirement, starting a blog or doing surveys will always be better options than selling a product that doesn’t exist for a shady MLM company.

I guess the point of this post is to tell you to be careful. The first page in Google’s search is full of these scams and bloggers pushing a particular get rich quick plan. It takes vigilance and some serious effort to see past the crap and find anything of real value. I don’t want you to waste time money on a scam with no potential to make money or help you fund your savings accounts. 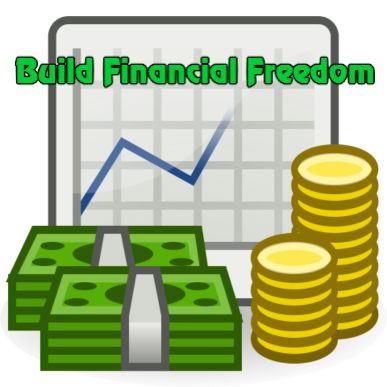